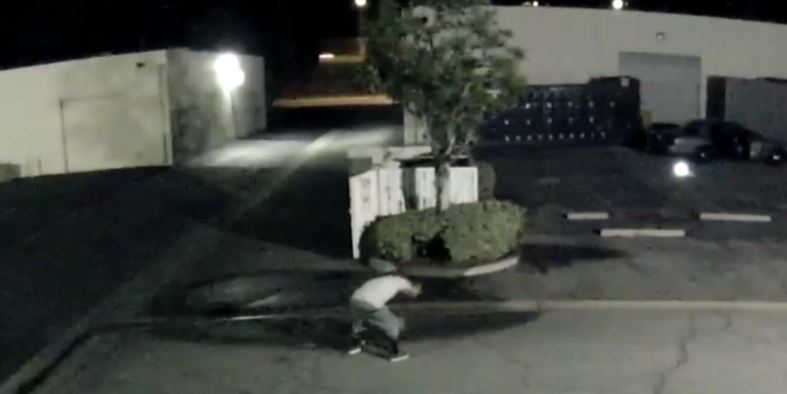 A community is outraged after security cameras captured a disturbing case of animal abuse in the San Gabriel Valley community of Duarte.

Investigators are working to find the man seen beating a dog for several minutes in a parking lot. The abuse was captured on Mike Pedersen’s company security camera.

For more than 10 minutes, a man appears to beat a dog inside his car. The abuse continues as they move from the car to the center of the parking lot of a manufacturing company off Highland Avenue.

At times the man drags the dog by its leash, then continues to punch and kick the dog repeatedly.

“He chases it down, picks it up by the neck, beats it couple times, kicks it,” Pedersen said. “You can see the dog kind of cowering and just continues to beat it.”

Pedersen says his company put up security cameras in the parking lot to catch people illegally dumping there, but what those cameras caught Sunday around 9 p.m. ignited a different cause — to get this man.

“You want to make sure he gets caught and the dog is taken away from him,” Pedersen said. “And that he’s not going to have any animals.”

Pedersen fears for the fate of the dog.

The dog’s fate was not known nor were the extent of its injuries.